You are here: Home > Programming
While the Authority’s long range transportation plan outlines a vision to address traffic congestion and other regional transportation priorities, its funding programs bring that vision to reality. Starting in July 2013, the Authority has moved decisively to program its new HB 2313 (2013) 70% Regional Revenues based on the vision and projects outlined in TransAction 2040, the current long range transportation plan. Three funding programs – for fiscal year (FY) 2014, FY2015-16 and FY2017– have already been adopted.

The Authority does not program its 30% Local Distribution Revenues. Instead, these are distributed to member jurisdictions on a pro-rata basis. Member jurisdictions may use these revenues within the HB 2313 (2013) parameters identified below: 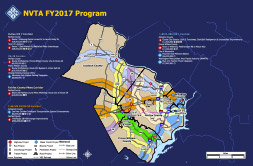 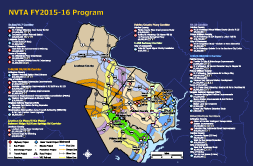 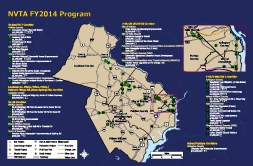